When the Tribe Wallet arrived, it was immediately apparent that it was significantly different than the great majority of the micro-wallets out there, and all the wallets reviewed in this column to date. Why was it so apparent? Because the bubble mailer and the box the wallet was shipped in had been devoured by an automatic mail sorting machine. The Postal Service, however, did a nice job of rejoining the wallet with the envelope, and thanks to a couple yards of clear box tape and a sticky label explaining what happened to the package, the Tribe Wallet made it to its destination. Instead of leather, Tyvek, duct tape, or some other kind of flexible material, the Tribe wallet is cut from either carbon fiber, texalium or titanium. As evidenced by the fact that the wallet remained unscathed from the mail mishap, it appears that texalium, which is an aluminum-coated, high performance fiberglass twill weave, is tougher than your average mail sorting machine.

It must be mentioned that there’s a little learning curve when it comes to using the Tribe Wallet, but not enough so it should dissuade one from ownership. When the wallet is new, the strap that runs through the bars and around the whole wallet is quite tight and stuffing cards into the wallet requires some dexterity. In no time, however, operating the Tribe Wallet becomes second nature. Once adept, the wallet becomes a shiney mesmerizer causing cashiers and barkeeps to pause, gawk, and eventually ask, “hey, what’s up with that wallet?” before finishing the transaction at hand. 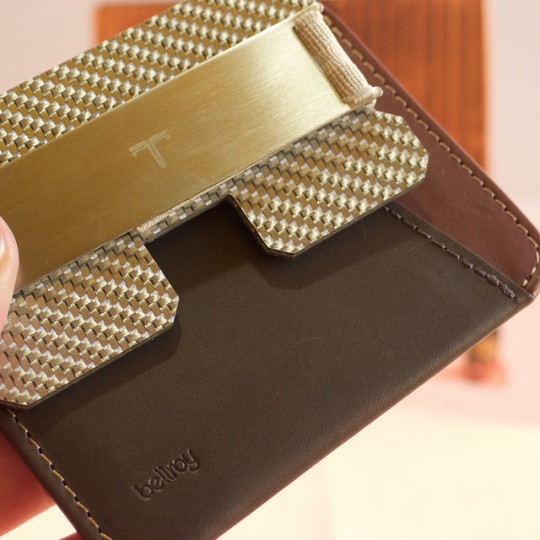 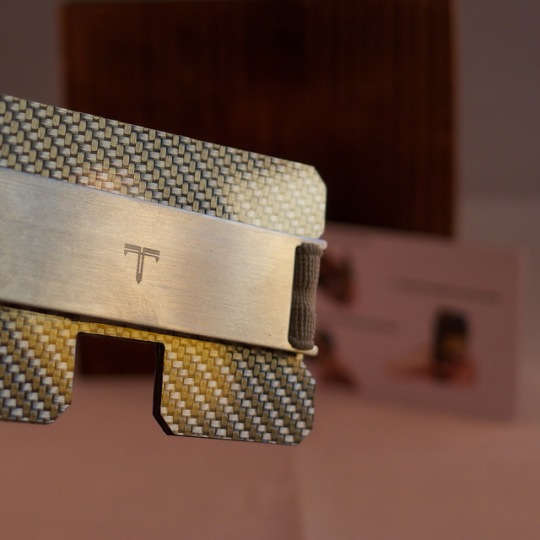 As it stands right now, the Tribe Wallet being reviewed is stuffed with 12 plastic and five paper cards as well as six dollar notes. You could probably Costanza (verb) a bit more into it, but every wallet has its limit, even if it is made out of aerospace materials. Even with this much stuff, it is still a breeze to access any card or cash in a flash.

Lastly, there is the wow-factor of this wallet. It is just so unusual, striking, and yes, sexy. It is. I like using it because it makes me feel like I am from a future where pedestrian contrivances are fabulous works of space-age bling. For more information about Tribe wallets, click here.

**Full disclosure: This wallet was provided at no cost for editorial consideration, to think otherwise would be silly.